Both kinds of outpost (proxy and LDAP) listen on a separate port (9300), and can be monitored by sending HTTP requests to /outpost.goauthentik.io/ping.

Both docker-compose and Kubernetes deployments use these methods by default to determine when authentik is ready after starting, and to only route traffic to healthy instances, and unhealthy instances are restarted

Both the core authentik server and any outposts expose Prometheus metrics on a separate port (9300), which can be scraped to gather further insight into authentik's state. The metrics require no authentication, as they are hosted on a separate, non-exposed port by default.

You can find an example dashboard here: grafana.com 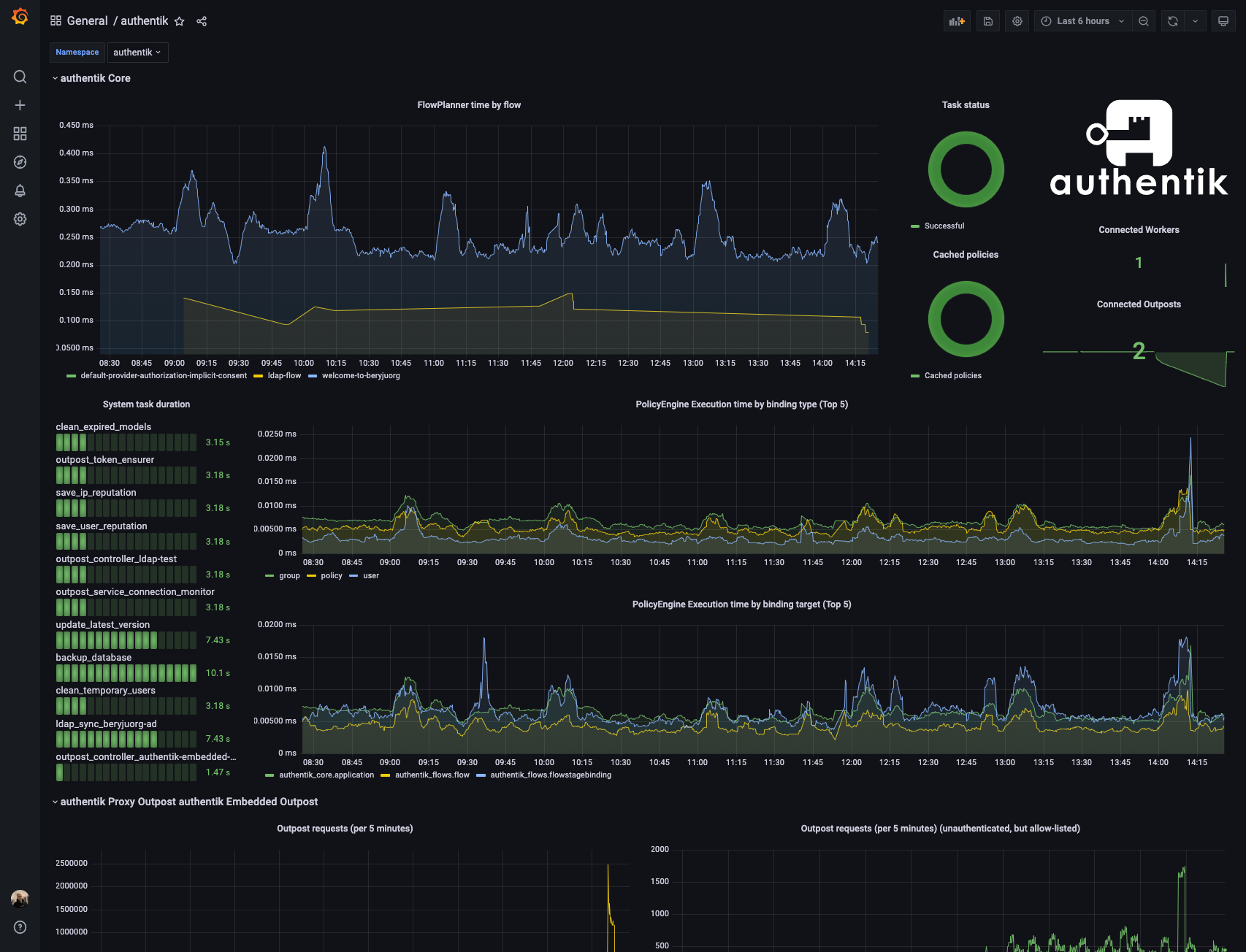